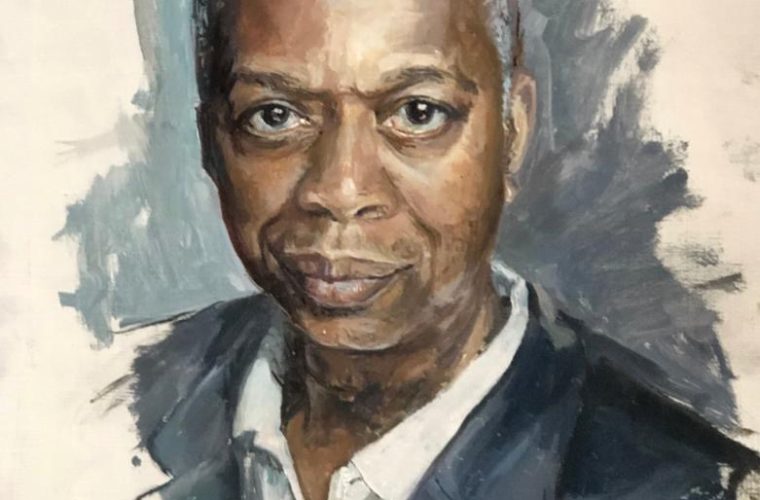 Kelvin O’Mard first came to the public’s attention in 1974 when he appeared as a boy soprano in the original production of Joseph and the Amazing Technicolour Dream Coat. As an actor, Kelvin worked for notable companies such as The Royal Shakespeare Company, Bristol Old Vic, The Royal Court Theatre, to name but a few. Kelvin has also made numerous appearances in film and television.

In addition to an extensive career within the arts, Kelvin has worked as a project manager for Haringey Council, Hackney Council, and most recently Westminster Council where he is a key worker supporting the wellbeing of fifty women. All those under his care have survived the Coronavirus health crisis.

In this interview, we explore Overcoming. Overcoming adversity in childhood, the trauma of loss, grief, and abuse. I wanted to know who or what supports a key worker that enables them to help us when we face challenges in our own lives.

Lucille Dwek painted the portrait of Kelvin as part of a project to honour and say Thank You to key workers during this global pandemic.

Everything about it was perfect and it healed me all the way to the core. There are no words for what I feel because of this. I will carry these memories in my heart forever. Can’t wait to share it with my new family.